skip to main | skip to sidebar

THE WAR ON PROPOSITION 8

"There are no moral absolutes," the foolish told the wise.
"Are you absolutely sure?" replied the wise.

But the attack on Proposition 8 has nothing to do with the left's love for homosexuals and everything to do with eroding the absolutes set in our Constitution. Altering the U.S Constitution is the only way for socialism to prevail in the U.S. Socialists like Elena Kagan plays with the First amendment, attacking that moral absolute and said to redefine it as depending "upon a categorical balancing of the value of the speech against its societal costs."

These "societal costs", spell socialism and nothing more. History tells us that by altering "absolutes" the Left replaced individualism (which works) with collectivism (which doesn't).

Positivism says that human experience is the supreme criterion of human knowledge, denies the existence of a personal God and takes humanity, "the great being", as the object of its veneration in order to elevate man over God. Comte's positivism was derived from Henri de Saint-Simon, a utopian ideologue who was the influence to none other then Karl Marx's socialism.

In his Essay on the Science of Man (1813) Saint-Simon explained that every field of knowledge moved successively from a conjectural to a "positive" stage, and that the sciences reached this stage in a definite order, Physiology had now moved into a positive stage, just as astrology, and alchemy had previously given way to astronomy and chemistry. Now the science of man must move towards the positive stage and completely reorganize all human institutions.1

Aguste Comte perpetuated the search for a science of society through a three-stage theory of progress, which he derived from Saint-Simon in 1822. Thus the idea that truth is not absolute but historical became popularized during the nineteenth-century and is realized not in "individual thought" but in "social action" collectively.

It was Saint-Simon's followers in the 1830s that first gave widespread use not only to the word "socialism," but also—"socialize," "socialization," and socializing the interments of labor. 2 Comte's influence by Saint-Simon explains why he rejected divine human rights: "Social positivism only accepts duties, for all and towards all...Any human right is therefore as absurd and immoral. Since there are no divine rights anymore, this concept must therefore disappear completely..." 3

Later, positivism would now submerge itself with the coming of Darwinian evolution. And since mankind evolves, morality must also evolve with it, and instead of all men are created equal we have Charles's Darwin's doctrine: "Any animal whatever, endowed with well-marked social instincts, would inevitably acquire a moral sense or conscience, as soon as its intellectual powers had become as well developed...as in man."

It was evolutionist Herbert Spencer who first coined the phrase "Survival of the fittest" that intended to link darwinism and positivism together. Spencer believed that because human nature can improve and change, then, scientific‚ including moral and political views must change with it, that ethics "have to be considered as parts of the phenomena of life at large. We have to deal with man as a product of evolution, with society as a product of evolution, and with moral phenomena as products of evolution." 4

Thus, Spencer believed in the redefining of nations' constitutions: "All evil results from the non-adaptation of constitution to conditions. This is true of everything that lives."5

The final point in evolution according to Spencer was to see a progression to "perfect man in the perfect society." Positivism quickly sprung on its way to America, a land whose constitution is disdained and in need of an altercation. Under positivism, judges were to guide both the evolution of law and the Constitution. By these, the views of the Founding Fathers are hampering the progressing evolution of society.

But if darwinian evolution is a science as claimed, why does it always have to leap onto ethics and morality?

What we are dealing with is noting new. President Woodrow Wilson said that Evolution is "not theory, but fact" that "Living political constitutions must be Darwinian in structure and in practice." 6 Wilson even mocked individual rights: "a lot of nonsense has been talked about the inalienable rights of the individual". 7

Using positivism is nothing new and like Kagan, Justice Oliver Wendell Holmes, Jr. who was appointed to the Supreme Court in 1902 argued extensively that decisions should not be based upon absolute laws but the "felt necessities of the time" and "prevalent moral and political theories" instead of natural law and its absolute standards. Holmes claimed that: "The justification of a law for us cannot be found in the fact that our fathers always have followed it. It must be found in some help which the law brings toward reaching a social end."

It is no longer by the people and for the people, but by the whims of appointed judges. Charles Evans Hughes, the Supreme Court Chief Justice from 1930 to 1941, held a similar view: "We are under a Constitution, but the Constitution is what the judges say it is." US District Court Chief Judge Vaughn R. Walker's followed suit and overturned Prop 8, by this negating the law in the name of the law. With a stroke of a pen one judge ruled over votes which men bled and died for. Thus is tyranny.

What Elena Kagan is saying reflects the philosophy of the Supreme Court justice Thurgood Marshall who considered the Constitution and the Founding Fathers as "defective" and unwise. Kagan and her ilk bring nothing new; there are no new tricks under the sun. Americans need to wake up. Believing in absolutes or denying them matters nothing to absolutes, since no matter what choices Americans make, they must still choose between an absolute truth and an absolute lie. We either choose ethics according to God or ethics according to man. We can choose failed Socialism or successful Capitalism.

We can choose Universalism or Nationalism. Even if we do not make a choice at all, we would still have made a choice not to make a choice. I made my choices; I say "No" to the United Nations and yes to the United States with its Constitution set by the founding fathers over all other constitutions.

Indeed, if history repeats itself, it does so only on the fools. There is a way which seemeth right unto a man, but the end thereof are the ways of death. (Proverbs 14:12)

Theodore Shoebat is the author of For God
Or For Tyranny

Luke Historians, The Past is the Key to the Present

The New Book Of The Shoebat Foundation 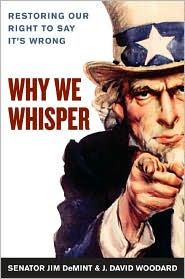 Stop Whispering - Share Your Story Of Couarge To Why We Whisper 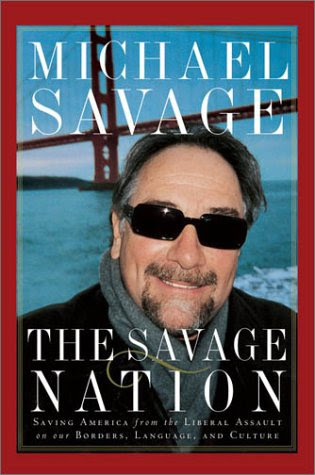